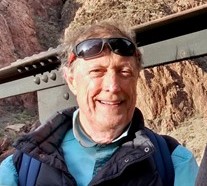 The January, 2022 meeting of the AAAP will take place (virtually) on Tuesday, January 11th at 7:30 PM. (See How to Join the January Meeting below for details). This meeting is open to AAAP members and the general public. Participants will be able to log in to the meeting as early as 7:00 pm to chat informally with others who log in early. We will not be using the “waiting room;” participants will enter the meeting as soon as they log in. However, they will enter the meeting space with their microphones muted. This will help to remedy some of the background noise we experienced at last month’s meeting. Please be aware you must unmute yourself to be heard by other participants.

For the Q&A session, you may ask your question using chat or may unmute yourself and ask your question directly to the speaker. To address background noise issues, we are going to follow the rules in the table below regarding audio. If you are not speaking, please remember to mute yourself. You are encouraged, but not required, to turn your video on. 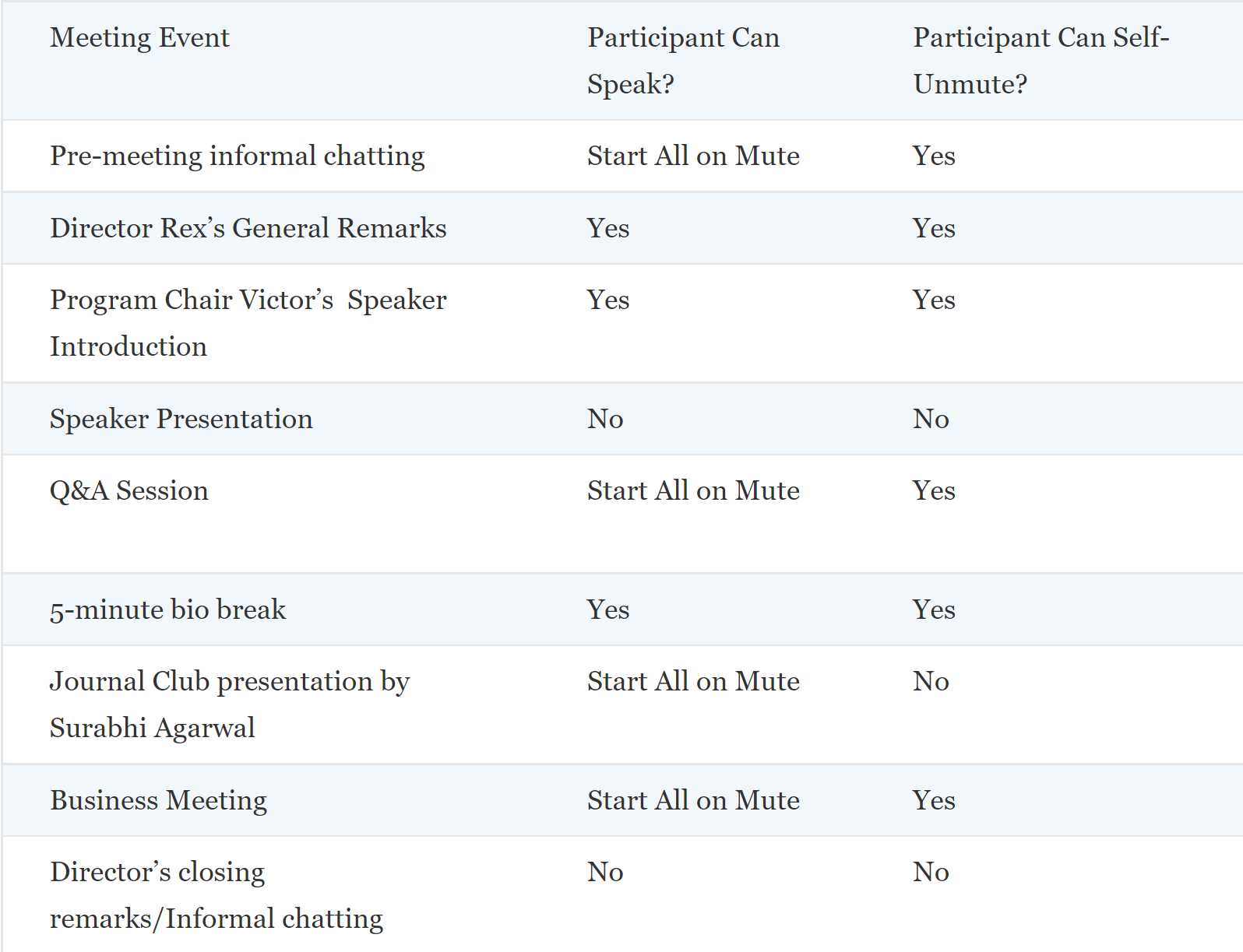 Only the Business part of the meeting will be locked.

Observing Galaxy Formation with the Hubble Space Telescope
From his unique perspective as former Director of the Space Telescope Science Institute, Prof. Williams will present a brief history of the Hubble Space Telescope (HST), including its travails and the servicing of the telescope by NASA astronauts. He’ll describe the history of how HST has obtained clear views of objects in the distant Universe, and the basic principles by which astronomers have used the Hubble to look back in time to piece together the formation of structure in the Universe after the Big Bang. Prof. Williams will compare computer simulations and actual Hubble observations which indicate that small perturbations in the early Universe grew to form galaxies that now fill the cosmos.

About the Hubble Deep Field Once HST’s spherical aberration was remedied by installing corrective optics in 1993, Prof. Williams proposed to use a substantial portion of his Director’s Discretionary time for Hubble to stare at a relatively blank portion of the sky to capture images of an unknown number of distant objects. At the time, the idea of devoting such a valuable resource to what many considered a fool’s errand was not well received. Nevertheless, between December 18 and 28, 1995, Hubble stared at a small patch of sky in Ursa Major (RA: 12h 36m 49.4s; Dec: +62º 12’ 58”) about 2.6 arc-minutes on a side (1/12 the apparent diameter of the full Moon). During the course of about 150 orbits, Hubble took 342 separate exposures through four broadband filters totaling about 141 hours. 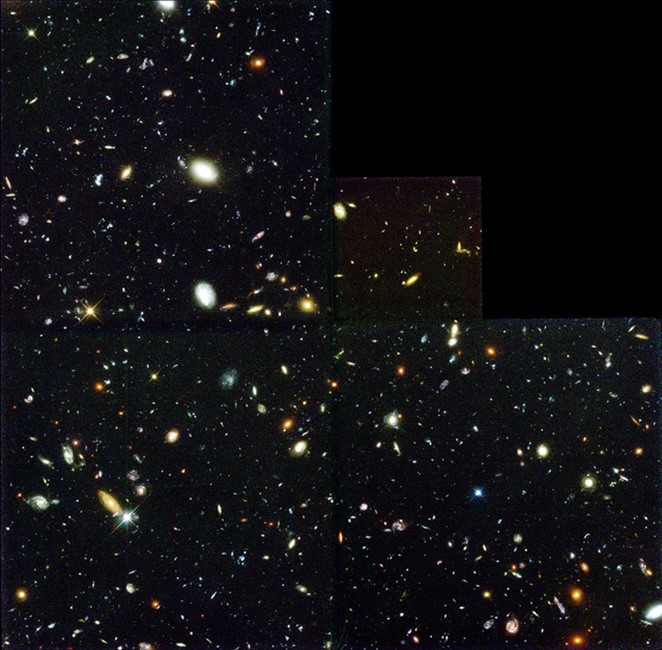 Almost all of the 3,000 objects in the Hubble Deep Field (HDF) are galaxies, some of which are among the most distant (hence youngest) known. This iconic image revolutionized our understanding of the numbers and evolution of galaxies in the observable Universe. Over the years, deeper images including ones captured at non-visual wavelengths have expanded on the theme started by the HDF. For his leadership of the HDF project, Prof. Williams was awarded the Beatrice Tinsley Prize of the American Astronomical Society and NASA’s Distinguished Public Service Medal.

Robert Williams received his undergraduate degree from UC Berkeley and his PhD in astronomy from the University of Wisconsin. He was Senior Fulbright Professor at University College London. He received the Alexander von Humboldt award from the German government and the Karl Schwarzschild Medal for career achievement in astrophysics by the German Astronomische Gesellschaft.

In addition to his emeritus position at STScI, Prof. Williams is Distinguished Osterbrock Professor at UC Santa Cruz. Before assuming his present positions, he spent eight years in Chile as Director of the Cerro Tololo Interamerican Observatory. Prior to that, he was Professor of Astronomy at the University of Arizona, in Tucson. Prof. Williams is an elected member of the American Academy of Arts and Sciences.

Prof. Williams is a strong advocate for science education and has lectured around the world on astronomical discoveries and the importance of science in modern life. He and his wife, Elaine, a pediatric psychologist, co-founded a non-profit organization in Baltimore that places adults with autism in the workplace. Prof. Williams’ research specialties include novae, nebulae, and emission-line spectroscopy and analysis.

AAAP webcast: This month’s AAAP meeting, beginning with Rex’s opening remarks and ending at the break before the business meeting, will be webcast live on YouTube and recorded for subsequent public access on AAAP’s YouTube channel. Be aware that your interactions during this segment, including questions to our guest speaker, may be recorded for posterity. Please click the icon below to join YouTube live webcast.

This session will be recorded and saved on YouTube. Send me an email at program@princetonastronomy.org if you have any concerns.

Using Zoom:While we are social distancing, the AAAP Board has chosen to use Zoom for our meetings, based our belief that many members have already have used Zoom and its ease of learning. One of its great features is you can choose whether you want to install the software on your computer or use it within your browser.

How to Join the January Meeting: For the meeting, we are going to follow a simple two-step process:

1. Please make sure you have Zoom installed on your computer. You do not need a Zoom account or need to create one to join the meeting. Nor are you required to use a webcam.

NOTE: The Zoom site has many training videos. If you’re unsure how Zoom works you might want to view the videos on how to join a meeting or how to check your computer’s audio and video before the meeting.

If you click on the meeting link and it doesn’t work, simply copy and paste it into your browser.

More Information on Zoom: The Zoom site has many training videos most are for people who are hosting a meeting. If you’re unsure how Zoom works you might want to view the videos on how to join a meeting or how to check your computer’s audio and video before the meeting.

“Unjournal Club” There is not currently a member who has stepped up to make a short presentation to the club in January. It’s not too late! Thanks to Surabhi Agarwal for December’s virtual and vicarious trip to Iceland. Sorry about the puffins. At this writing Surabhi is out of town, hopefully gathering material for an upcoming travelogue.

Update: Surabhi has decided to make a short presentation on the effects of light pollution on the night sky, climate change and our health and ecosystem. She will talk about the steps members can take to curb it in their own communities and towns.

We hope to make these short presentations a regular feature of our monthly meetings. We’d like to know what members are doing or what members are thinking about in the broad range of topics encompassed by astronomy. A brief ten-minute (or so) presentation is a good way to introduce yourself and the topics you care about to other club members. If you are interested in presenting a topic of interest, please contact either director@princetonastronomy.org or program@princetonastronomy.org.

A look ahead at future guest speakers:

Thanks to Bill Thomas, Ira Polans, and Dave Skitt for their valuable advice and assistance.
As always, your comments and suggestions are gratefully accepted.